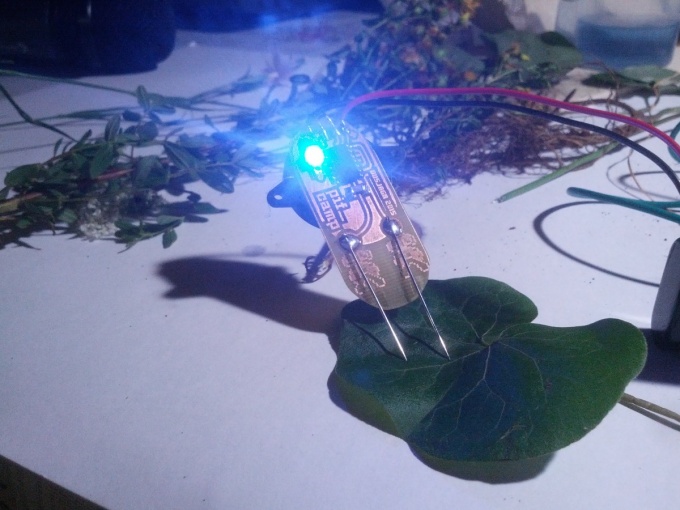 Further developed and worked with during the Lab-in-the-Wild @ PIFcamp, Trenta 2015

It's basically the same circuit as the NanoSmano Sajica aka Vive-la-Resistance, as documented on the SGMK wiki. A basic 4093 single oscillator using 1 NAND gate with a very small capacitor (1 - 10 nF), leaving the pads for the resistor open to play with. Then buffering the output through another gate to control the LED and further buffering it through a gate to be used as output for a piezo or read-out using the freqCount library. 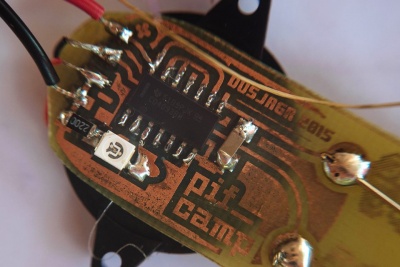 See more details and applications of the PIFcamp Plant Analyzer or other projects on Plant Electrophysiology. 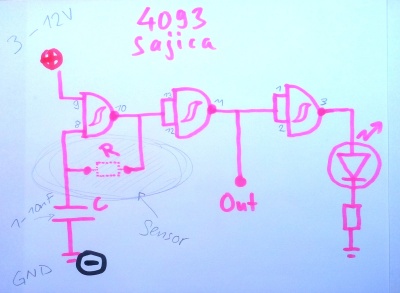 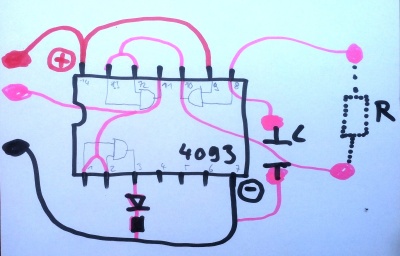 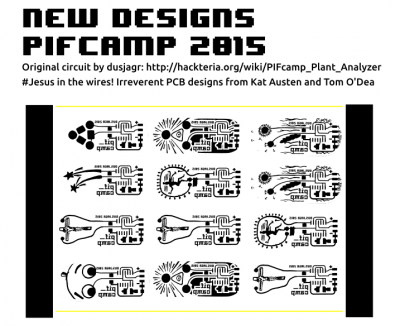 Orignally made during the NanoSmano Small Matter, May 2011 in Ljubljana, to use as a model of a NanoCarbon based gas sensor.

Very simple making of a PCB using photolitho and using a resistive "surface" as a sensing area, coating it with different materials such as soot (black carbon). The use as a "Salami-Sensor" has been questioned though...