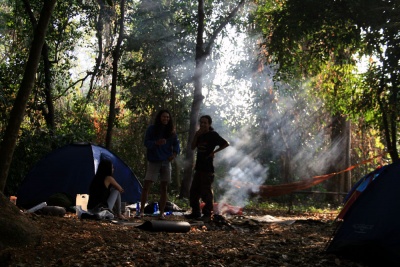 Wonosadi Forest is one of the last natural forest in Java. This forest is protected by the local villagers in close collaboration with Green Tech Community. Wonosadi Forest is located 1 hour away from Yogyakarta city area.

Objective: Set up a lab in the forest to explore forest ecologic system and do research in nomadic style. 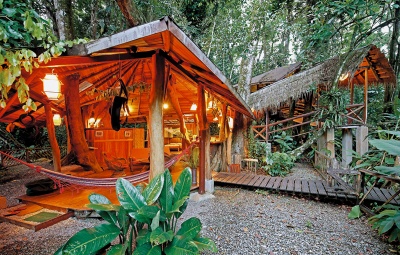 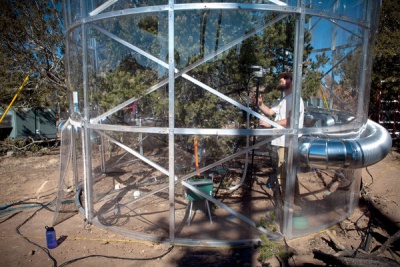 The Story of Wonosadi Forest 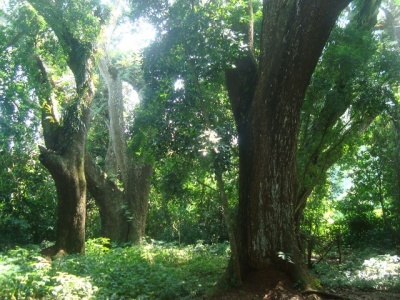 Wonosadi forest is defined as forest that is full of secrets, which is derived from two words namely decapitation "Wono" means forest and “Sadi" means secret. Told from generation to generation. In 1478 there was a war between the Kingdom of Demak with Majapahit (between Raden Patah and Brawijaya). In that war, Majapahit could be defeated by Demak. King Brawijaya V with his family and loyal soldiers then escaped to the south coast which eventually spread to the area of “Gunung Seribu” (Gunungkidul now). In history, this is known as "Majapahit dispersal". King Brawijaya commanded his followers to form groups and find suitable place to live. There is a group led by a woman named Rororesmi with her two children named Onggoloco and Gadingmas. Rororesmi was one of the concubines wives of Brawijaya V. The group separated by other groups, for months they westwards follow the supernatural instructions received. At last they came to a large forest areas and dense which known as haunted forest. The forest stretches on hillsides which sloping to the south, namely Wonosandi Forest, which means forest which is full of secrets. Eventually the name was changed to the "Wonosadi" forest until now. In the middle of the forest there are springs that flow all time. Then, efforts to open the forest as new settlement began. Like a puppet story " Bima babat alas Wanamarta ", there were many obstacles, especially from the ghost which led by a king in form of a fierce white tiger named Jin Gadungmelati. With supernatural powers possessed by the Onggoloco and Gadingmas, the king of ghost finally conquered. Gadungmelati willing to help the clearance of forest area, but requirement that he and his soldiers can stayed at the center springs in the forest forever. This request was granted by reciprocity that Gadungmelati with all his soldiers should not interfere the people who lives around the forest and they are required to help preserve the forest. That's why the people assumes that Wonosadi forest is sacred forest until now.

Traditional Ceremonies: “Sadranan” “Sadranan” conducted once each year after the harvest season as a thank you for services that have been cultivated forest ancestors Wonosadi an effort to maintain the availability of water in the surrounding woods, “nyadranan” held on Monday Legi Legi or Thursday after harvest hereditary according to the tradition of the predecessor The two-day ancestor or ancestors Ki Honggoloto meeting in mountaintop forests Wonosadi to teach residents about mysticism, economics and science magnanimity 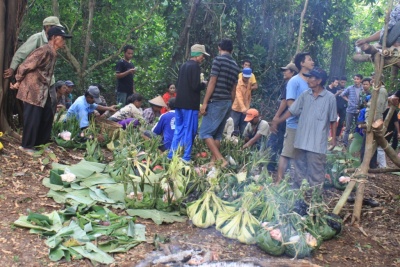 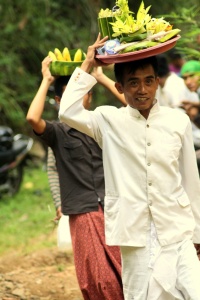 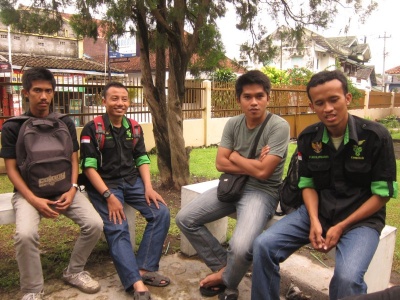 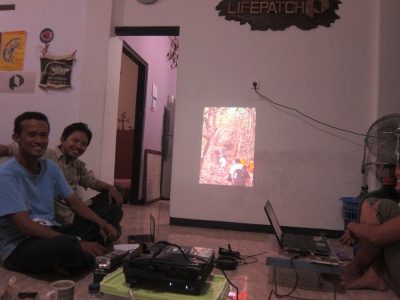 Preparing all the details and discussion about local customs in the village around Wonosadi Forest. Fehri and Tenjo have loads of knowledge to share... more soon!