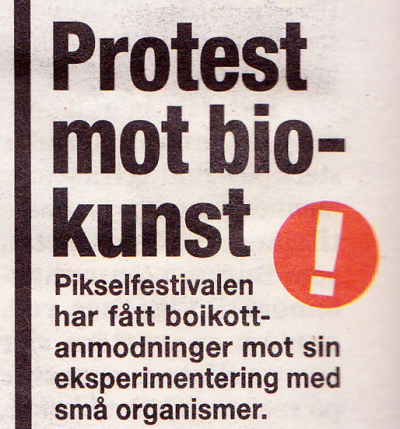 After 5 years, hackteria is back to Piksel festival! This time with a temporary 5 days collaborative DIWO biohacking-laboratory on BioSonification, Environmental Monitoring, FishHacking and much more. We are continuing and building upon some practices/nodes from HLab14, in Yogyakarta during April 2014. 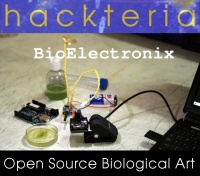 Our hackteria workshop “Bioelectronix for Artists” at Piksel09 has been mentioned on poptronics and other online media covering the Piksel09 festival.

In addition the local Bergen press also mentioned our workshop. They seemed to have moral and ethical problems with our approach to bio-hacking and experimentation with microorganisms and banned any other press coverage of the Piksel09 festival. Sadly they were not approaching us in person to learn more about our work, talk to us or see what exactly we were doing. I suppose they would have seen that both Andy Gracie and me have a deep adoration and love for all forms of life and nature, in addition to our awareness of the legal, moral and ethical issues of our process of inquiry. And we also try, as one of our key take-on messages in the workshop, to inspire our participants to be aware of the beauty and value of nature even in places and dimensions which are nor accessible by the unaided human eye. And generally, we want to invite all artists working in the BioArt field, that critical and ethical discussions are essential in the process of making, displaying and teaching BioArt.

Within the framework of "Hackteria | Open Source Biological Art", the HackteriaLab immersive format plays a key role in experimentation and the development of new models for knowledge sharing and collaboration building, in the emergent artistic practices related to bio- and nanotechnology and science in general. HackteriaLab, our version of a production workshop, is a form of cultural intervention, contributing to the development of our contemporary culture and art milieu. It creates a melting pot of the practices of art and science, of culture and environment. It aims to broaden the intercultural knowledge exchange and realizes this know-how through workshops, participatory prototype exhibitions and online wiki-like documentations.

Making a Laboratory is both a spontaneous activity and a slow labor of love. excerpt from "On Lab Making" by Gaudenz, Hirosue.File:Lab Making_20140918.pdf

Together with all the participants we'll start a lab in the Piksel exhibition space, create an environment for experimentation and meeting of people.

Jamming with the Living Elektro & mini-Workshops

beyond the 8bit MixTape

8-Bit Mixtape started from a fun session of Budi Prakosa, Andreas Siagian and Marc Dusseiller exploring the possibility of using BabyGnusbuino, a simple microcontroller that was developed by Anyma. The idea was to create a synthesizer from an affordable programmable chip that is playful and could be used by anyone to play the music. 8-Bit Mixtape is using a mathematical expression into a single line of programming code which generates Algorithmic symphonies. A different patern in both in audio and visual are generated from the mathematical expressions that were used. Sakarias Lehtomäen (FI) known as Viznut posted about the algorithmic symphonies from single line of code and soon many people even without scientific background came up with their formula and share it through the internet. 8-Bit Mixtape took some of the track generated from these formulas and enhance it by giving some variables that could be controlled by the user. 8Bitmixtape version 0.9 is a continuation of the 0.8 version, in this version, Budi Prakosa and Adhari Donora collaborate to make it easier for beginners to assemble the synthesizer.

In this workshop participants will be invited to identify basic electronic components, soldering the correct way and how to add sound into the synthesizer. 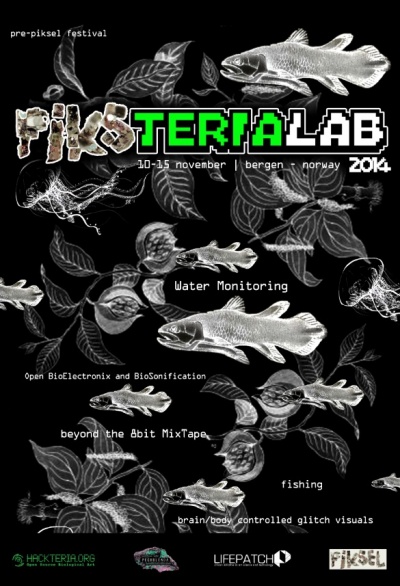 Dr. Marc R. Dusseiller is a transdisciplinary scholar, lecturer for micro- and nanotechnology, cultural facilitator and artist. He works in an integral way to combine science, art and education. He performs DIY (do-it-yourself) workshops in lo-fi electronics, hardware hacking, microscopy, music and robotics. He was co-organizing Dock18, Room for Mediacultures, diy* festival (Zürich, Switzerland), KIBLIX 2011 (Maribor, Slovenia), workshops for artists, schools and children as the former president (2008-12) of the Swiss Mechatronic Art Society, SGMK. In collaboration with Kapelica Gallery, he has started the BioTehna Lab in Ljubljana (2012 - 2013), an open platform for interdisciplinary and artistic research on life sciences. Currently, he is developing means to perform bio- and nanotechnology research and dissemination (Hackteria | Open Source Biological Art) in a DIY fashion in kitchens, ateliers and in developing countries. He was the co­organizer of the different editions of HackteriaLab 2010 ­ 2014 ­Zürich, Romainmotier, Bangalore and Yogyakarta. 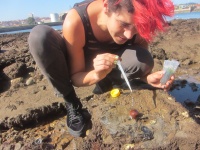 Paula Pin is Transhackfeminist performer and researcher. Graduated in Fine Arts from Barcelona and Sao Paolo, Her work ranges from drawing to abstract video to circuit bending to investigations at the frontiers of biology, art and queer science. Her performance piece Medusa from 2010 mixes mythology, ecology and criticism of consumer culture while Udre from 2009, is an automatic drawing machine created from an old umbrella and an Arduino. In 2011 she was awarded a grant from Vida to develop her Photosinthetik Symphony – data from sensors attached to plants and her own body generate sound in a program created in Pure Data. In 2012 she was invited to a residence in Nuvem, a rural art centre in Brasil, to develop her work, focusing especially on photosynthesis. In parallel she creates home made synthesizers, gives workshops, and investigates the practice of noise with Transnoise, Pechblenda and Quimera Rosa. The work of Paula Pin blurs the distinctions between machine, animal and plant, and opens up new horizons in the performance of the lab. At present she setup, co-habitats and works with Klau and Julito in the transhackfeminsit hardlab of bio-electro-chemical experimentation, Pechblenda, where they continue generating knowledge and technological autonomy. Across disciplines they wish to enter fully into the matter of a multiple body, be it organic, artificial or fusion of both.

Budi ‘Mas Iyok’ Prakosa is a self-taught programmer, exploring the wide range of possibility in creative coding, he initiated a project as a VJ with the name of manticore in 2009, combining interactive programming with graphic data visualization. He has a background in industrial engineering and have an interest in the field of image and sound processing, video jockey, generative art, machine learning, algorithms, data mining, artificial intelligence and collaboration between science and art. Currently he is working on developing urbancult.net - an online visual mapping documentation on street art, and lifepatch.org a citizen initiative in art, science and technology

Adhari Donora aka Ade aka antirender 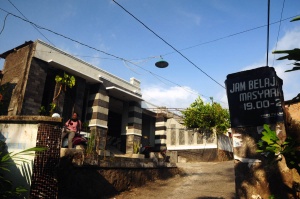 lifepatch – citizen initiative in art, science and technology: is an independent community-base organization working in creative and appropriate application in the fields of art, science and technology. It’s an organization run by multi-disciplinary people that reflects the active local creative community and the confluence of academic institutions of higher education in Yogyakarta in Central Java. In its’ activities, lifepatch focused on educative and artistic approaches for the communities by developing appropriate creative and innovative technologies such as biotechnology, digital technology with the spirit of DIY and DIWO culture. lifepatch mission is to aid the development of local human and natural resources by building bridges of domestic and international collaboration platform which give open access for anyone to the sources of the research and development.

Hackteria is a collection of Open Source Biological Art Projects instigated in February 2009 by Andy Gracie, Marc Dusseiller and Yashas Shetty, after collaboration during the Interactivos?09 Garage Science at Medialab Prado in Madrid. The aim of the project is to develop a rich web resource for people interested in or developing projects that involve DIY bioart, open source software and electronic experimentation. As a community platform hackteria tries to encourage the collaboration of scientists, hackers and artists to combine their expertise, write critical and theoretical reflections, share simple instructions to work with lifescience technologies and cooperate on the organization of workshops, festival and meetings.Since 2009, Hackteria has conducted workshops in Europe (Switzerland, Slovenia, Norway, Austria, Hungary, Serbia, United Kingdom, Germany) , Asia (India, Indonesia, Taiwan, Hong Kong), Africa (Kenya) and North America (US, Canada).

As transhackfeminist, biohackers and biopunks be are affected by the environment, study, learn and experiment with material and parameters that enable life / death. Our philosophy is radically open and inclusive, share and decodes life at all scales: 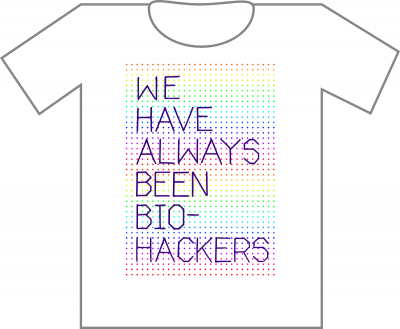 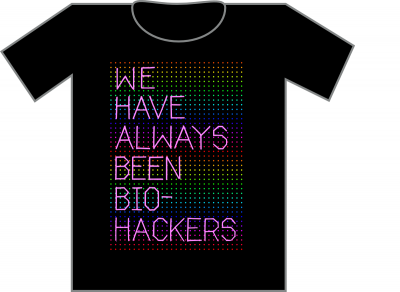 "The best time to build a lab is NOW! The second best is 20 years ago."