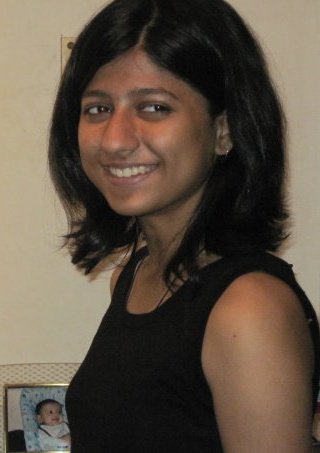 Requirements: 1.External Webcam 2.Laptop/Computer compatible with the webcam 3.Set of screwdrivers. 4.Quick-drying Adhesive. First connect the web cam to the computer. Then install the software and make sure that the web cam is functioning properly.Take out the web cam case using a screwdriver and invert the lens and place it on the photosensitive chip. To make sure that it is functioning properly hold the lens onto the chip, place it on the laptop screen and keep adjusting the distance and placement of the lens on the chip till RGB pixels can be seen on the laptop through the lens. Stick lens onto the photosensitive chip on the web cam. Now the web cam microscope is ready for use.

My Group consisted of Gita Upmale and myself. Unfortunately, while following the above steps, glue seeped on to our lens due to which the images we were able to capture were slightly blurred. Nonetheless we were able to look at magnified images of droplets of muddy water, a very small, thinly sliced piece of apple and a flower petal. Despite the blurred images, we were able to see the particles in the water and the translucent nature of the apple.

To make the web cam microscope work, we created a stable body for it, using a cardboard box and masking tape. We attached the glass slide onto the card board and placed the web cam over it using an adjustable clip which came with it. We fitted a torch(our source of light) on the cardboard box with masking tape so that the light fell on the slide without causing a glare.

In the second half of the class, we had a Skype chat with Sachiko Hirosue who explained to us what she has been working on and what her project is about.

Day two started with an introduction to what we would be doing in the next four months. We created accounts for ourselves on the Hackteria.org as well as the EPFL website.

We also figured out the steps to follow while conducting any experiment, namely, Aim, Materials, Construction, Hypothesis, Observations, Test and Conclusion.

Later in the day, I researched on what is: Bacteria, E coli and Yeast and got a better understanding of what we will be working on/with.

AIM:To test the existence of telepathy- getting information using paranormal means, by getting closest aspect of what subject A(the sender)is visualizing. MATERIALS:

Making a poster for Hackteria Fest: 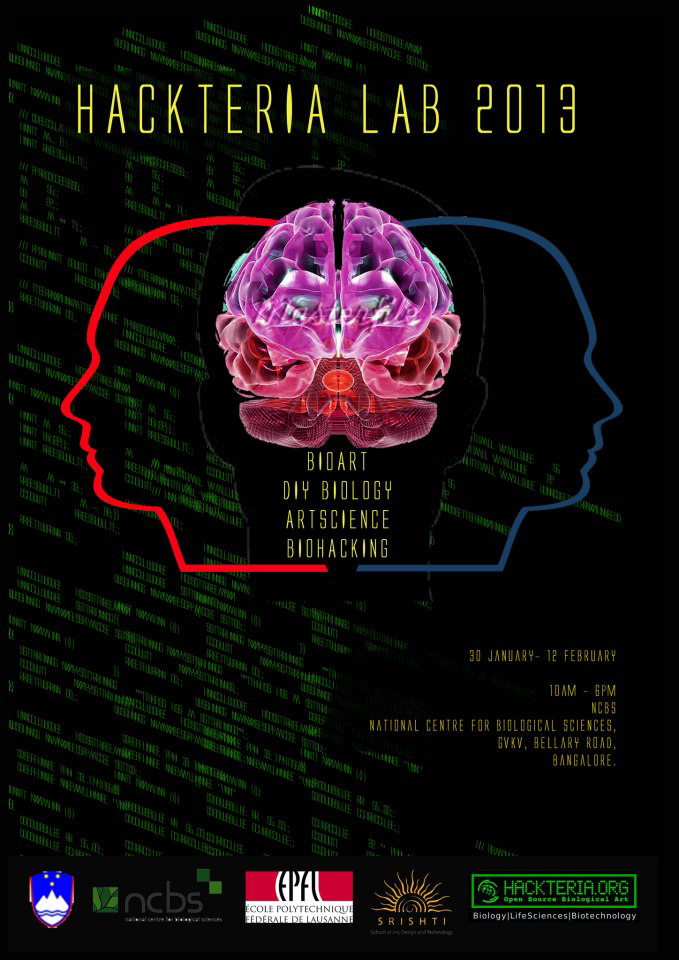 Sitting in the same room with designers, scientists, hackers and educators was a different experience. It is something you do not get to encounter everyday. When they were introducing themselves, they were asked not to reveal their identity and we had to guess which field they were from. It created a sense of unity.

Paper and circuits do not usually go together and therefore this experiment was a fun way of mixing art with science where circuits were made, with paper as the main base. It did not seem 'doable' because it is something no science book talks about or supports, but I guess this Fest was all about proving the books wrong.

Sachiko started the day by explaining the steps to be followed to culture E Coli Bacteria. Making the Glycerol Stalk. Even though the process we were going to be following was explained to us, it seemed very complex in theory. Once we started the process of making the stalk started, it turned out to be fairly simple. The steps followed were: sterilization, autoclave, drying the plates, serial dilutions resulting in 1:10, 1:100, 1:1000 dilution in LB, making vials. All the plates were contaminates]d except the control LB medium. The stalk got contaminated by day 4.

Making Something Use full Out of the Useless: Who would have thought that broken computer parts, telephones, old batteries and 'junk' could be converted into innovative, useful items- they were not always successfully made, but just the possibility was something mew for me.

We worked with Spela and Robertina on this project to inject chloroplast into zebra fish embryo. We made the CIB buffer, procured DTT from Mathew's Lab, and followed the step by step procedure to isolate chloroplast from tobacco leaves. We then got to witness the micro-injection of chloroplast into a zebra fish embryo. It was a great opportunity for me to be able to witness such a procedure, and to realize that such a process- a fish being able to photosynthesize is even being considered by someone.

 Involve the community?  Legal issues and protocols  Making it interactive and user friendly- so that everyone can use it/participate.

Hackteria Fest 2013 has been a real eye opener for me. The only contact I had with science prior to the fest was through my text book (needless to say that I wasn’t very impressed). This fest was a whole new experience, where I was able to understand science from a different perspective- where artists and designers used science and scientists designed. From paper circuits, to camera-less film, to making something useful out of ‘scrap’ and making music out of anything- I was introduced to so many new possibilities which I didn’t think was possible. I look at science very differently now….not as something to read as remember, but something which I, as a designer can apply and use to create something which can seem un creatable.

Mr. Ayan Biswas, the Advocacy Manager at Argyhyam(a NGO based in Bangalore) came today and spoke to us about the situation of Arsenic contamination in India and more specifically Karnataka (Kolar). Biodesign website link1 (His Talk)

Learning to use an Arduino:

An Arduino is like a mini-computer, also known as a microprocessor. It allows the user to program it according to the way they want it and it processes the information that has been fed into it and if the circuitry is correct, it can be used to modulate sounds, as a light sensor etc. We Used a breadboard to make different circuits with LEDs, wires (single strand is easier to use), a servo and LDRs. Using programs that we learnt, we were able to make the LED blink, fade, create a Knight Rider and make the LED react to the LDR. 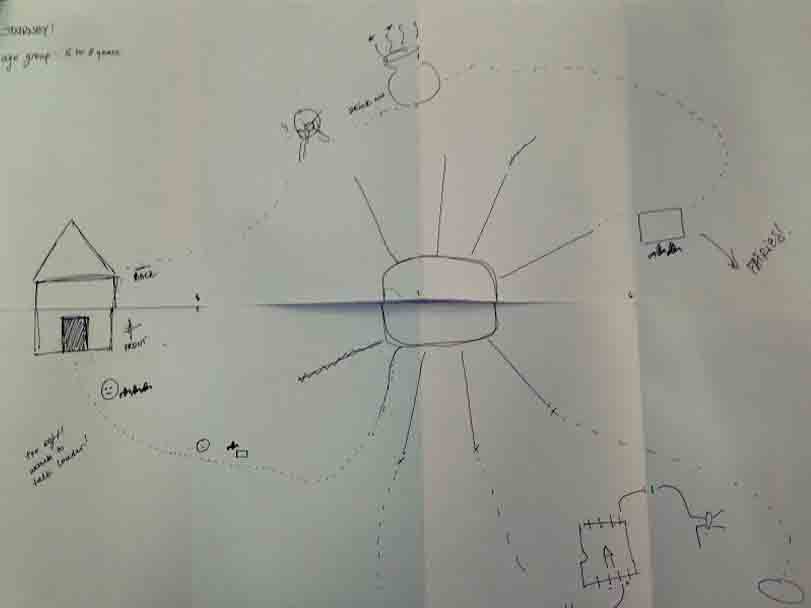 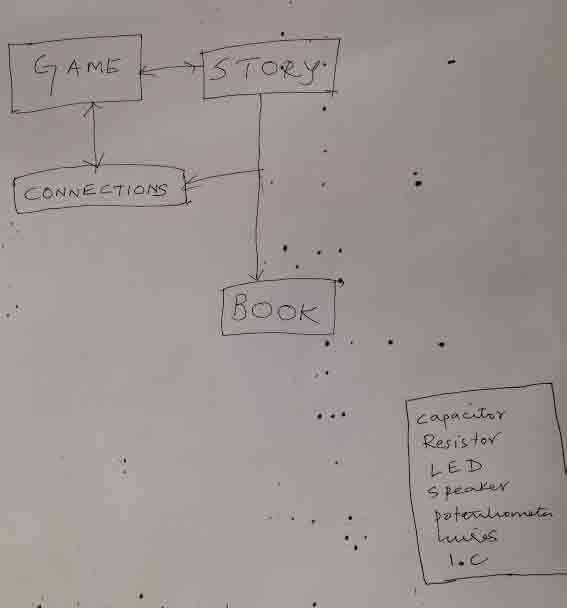 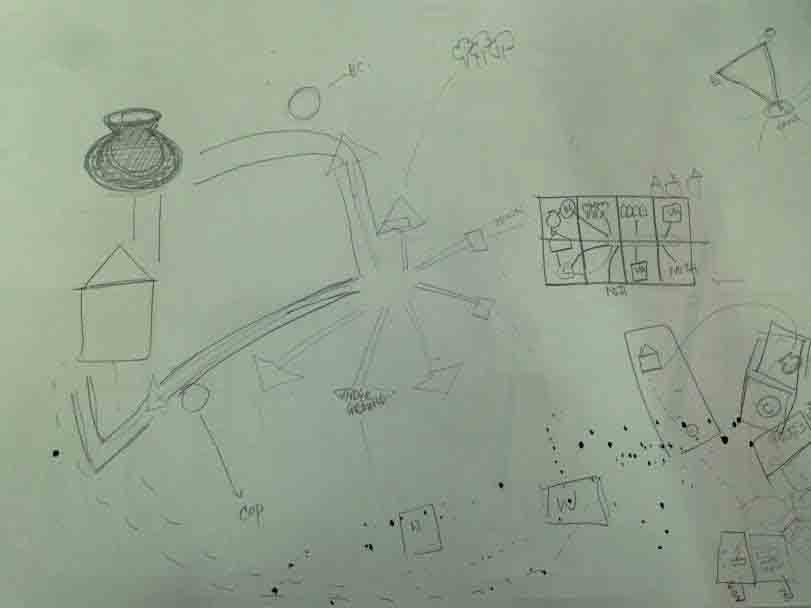 Dirty Prototyping: Dirty prototyping is coming up with quick ideas and representing them using whatever is available. It turned out to be a very helpful tool for us while trying to design the mobile lab and we were able to come up with multiple ideas in a short period of time.

It would be made up of weather resistant material like Steel and Acrylic. The wheels would be all- terrain and sturdy and the structure would be made up of strong steel to allow mobility. The trolley would have breaks, swivel wheels and wheel locks and a flat surface to be used as a table top. The sides of the trolley will also convert into table tops to be used as a work surface. Height- 3 feet (approx) Each compartment is 10cm tall (average), with a length of 51.3cm and 39cm breadth. The mobile lab includes:  water sampling and testing facilities.  GPS, microscope, UV torch, spectroscope.  apparatus and materials to prepare the biosensor.  pressure cooker and bleach to sterilize.  and a bio-hazard waste bag for proper disposal.