Motivated by my belief that access to sexual lubricants and contraceptives are important to all gender and sexual identities, I was previously disappointed at the range of contraceptives and monopolised supply of sexual lubricants by a particular multinational corporate in convenience stores across Southern (and to some degree, Northern) Yogyakarta, Indonesia. More significantly, the need to purchase contraceptives and lubricants across convenience store counters is an intimidating experience in Indonesia where particular forms of pre-marital sex are still frowned upon (this is not only particular to Indonesia). Together with a farmer enthusiast and engineer from Lifepatch, a citizen lab invested in trans-boundary tinkering and innovation of hybrid lo-hi tech environmental technologies, Agus Tri Budiarto (IND) and myself (SG) decided to prototype our own home-made sexual lubricants. We sourced out various recipes from the internet as well as other informal protocols Indonesians abide by when substituting industrial-made lubricants. While we initially discovered that other recipes in the global North used flax seeds as a good source of making lubricants, we assumed that replacing the viscosity produced from flax seeds with locally available resources such as cassava flour and maize flour will be appropriate. Several trails involving the use of our DIY lubricant (at least twice) performed by sexually active, cisgender couples have proved that it did work effectively in improving lubrication and there were no ill-effects on either partner after use. However, my later discoveries and explorations in to safe and low-cost starch-based lubricants will prove that using organic materials with heavy starch content to make water-based lubricants is not entirely healthy for female-identified vaginal environment. 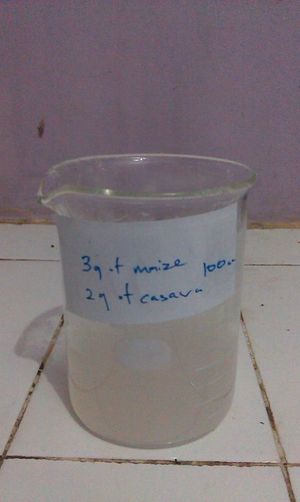 2. A workshop on home-made lubricants at Hackterialab 2014: Yogyakarta as part of the FULL-DAY SEXOLOGY WORKSHOP with Pechblenda, Kuang-Yi Ku and Agus Tri Budiarto from Lifepatch where we tested the PH level of these starch-based lubricants. Achieving an optimal level for vaginal and penis environments is an extremely important task. More information on optimal PH level of genitalia can be found here: [1], [2], [3] 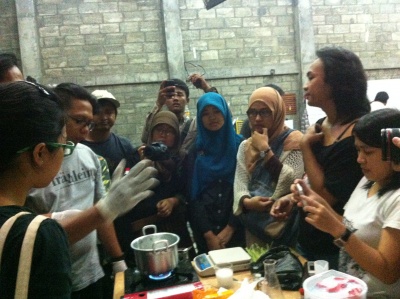 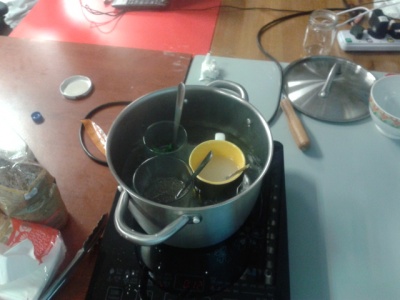 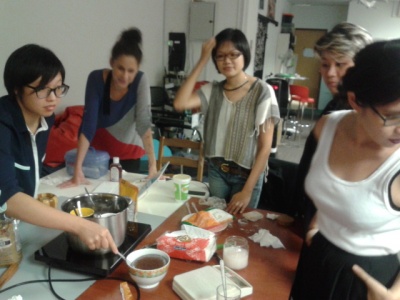 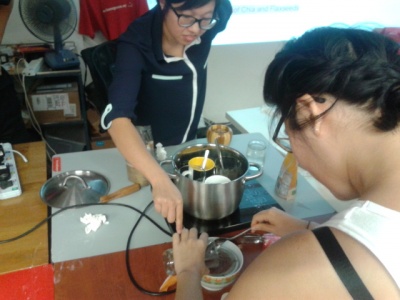 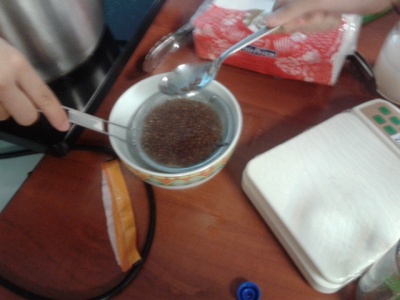 1. Using starch-based substitutes increases sugar level of vaginal environments and can result in yeast infection. Tutorial in Personal Lubricant might not be the most safest substitute despite its low cost and replicability.
2. Need to source for other non-starch-based natural resources that are affordable and easily available in the global South