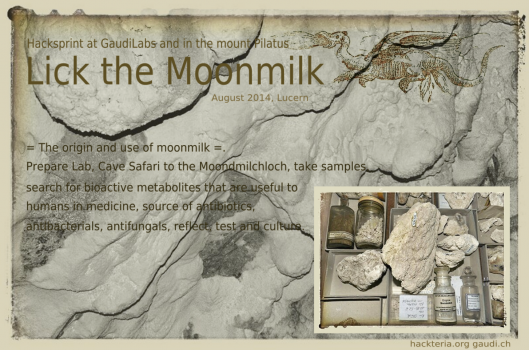 What does Wikipedia say? [1]

And there are several hypotheses:

Moonmilk was dscribed as a remedy by Gesner in 1555. Like many other cave contents like bear bones or dripstones, moonmilk was mined and sold by pharmacies. It was prescibed until the 19th century. As it is simply calcite, it definitely cured acalcinosis and probably cardialgia by neutralicing the acid. [2]

Luckily the cave Mondmilchloch, where Conrad Gesner first observed and described the moonmilk is in the Pilatus Mountain and not far from GaudiLabs Lucern [3]. The cave seems to be more than 100 meters long and bathed by a stream of water. 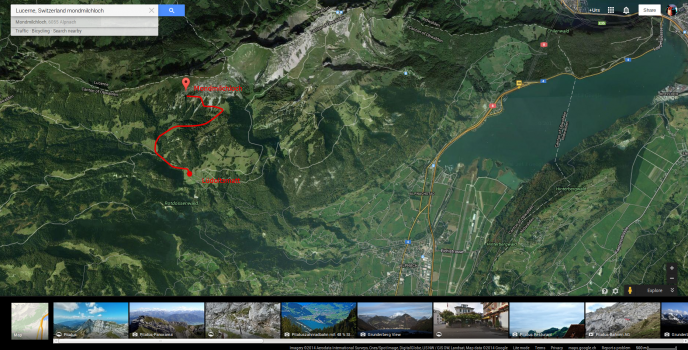 How to get there?
Driving from Lucern to Alpnach and then on to Lüdtoldsmatt (Lütoldsmatt). After a curvy road there is a parking and good starting point for the walk. From there on to Schybach, Alp Schy (1336m) then next to Alp Birchboden (1616m). Alp Birchboden is a nice place to have a break after the steep climb. From here on to the Mondmilchloch at 1710m, there is a path with some orange markings on the way. The cave is quite wet and is is best to take with protective clothing or a second set clothes. And of course the usual caving equipment like torches, headlamp and good shoes. Even a helmet can not be wrong.

And of course sterile containers for taking samples of the moonmilk. Or even better a mobile lab: 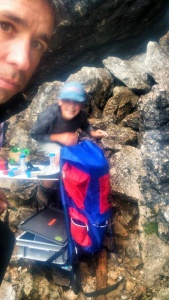 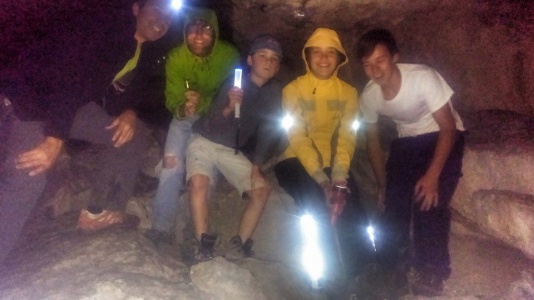 In deed we found a lot of moonmilk deposits in the cave and took some nice samples. The texture of the deposit is quite unique, slimy and soft, brownish to bright yellowish. And it comes off from the cave wall quite easy. We just removed the cup of the sterile containers and scrape off the moonmilk directly with the edge of the container. Back in the lab we started analysing the samples.

Before the trip already we prepared some culture plates with two different recipes. 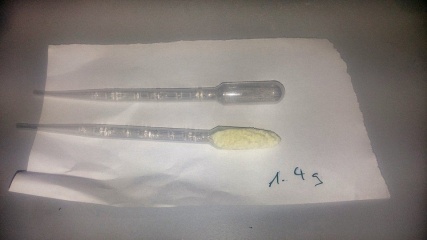 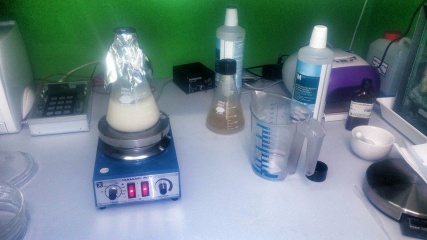 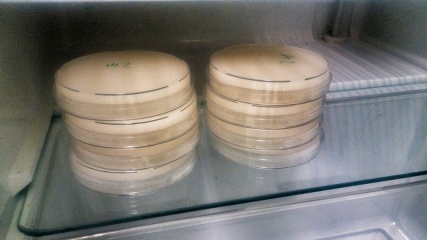 
Applying moonmilk to the plates